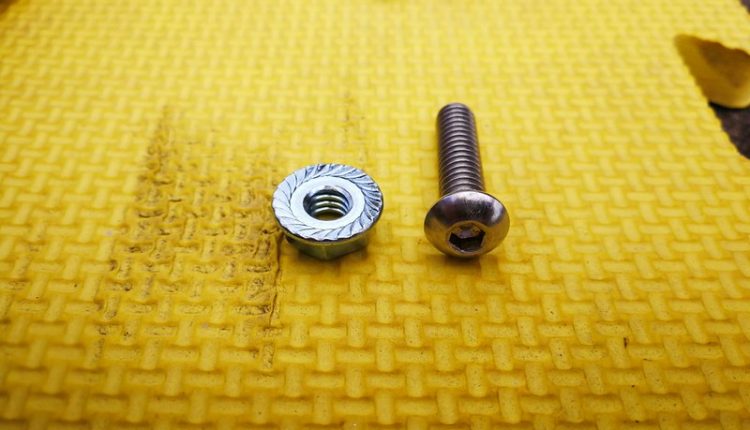 Self loosening of nuts and bolts

One major advantage of bolted joint over other types like welded and riveted joints is that they are capable of being dismantled. Although it is helpful, at times it can cause problems due to unintentional loosening, frequently caused due to vibrational loosening.

It is an important phenomenon which is mostly ignored by engineers. The designer should be aware of the bolt mechanisms which can operate in order to design reliable joints.

These calls for the need for a fastener which can take care of all kinds of nut and bolt loosening, thus taking away your headache. One of such high-quality fasteners is the Coilok fasteners. They have succeeded in providing superior fastener solutions to companies that are looking for a set and forget security for their bolted products and projects. Coilok simply screws onto the bolt on any top of the nut, thus locking the nut and preventing it from backing out.

What cause loose bolts?

Bolted joints become critical when it comes to the safe operation of many types of equipment in a wide range of applications. Whether it’s for power generation, manufacturing, mining or transportation.

When you tighten the bolted joint, the nut tends to stretch the bolt to some extent, creating a pull effect. This pulling effect creates a clamping force from the opposite direction which holds the two sections of the joint together. Loosening of the bolt may weaken the clamping force.

Loose bolts if not retightened at the right time, may create leaking of fluid or gas; the bolt may break, or may even lead to catastrophic accidents.

It is widely believed that the main cause of bolt loosening is vibration. A detailed analysis of the joint can help us determine the clamping force required to be provided by the joints to prevent joint slip.

Some of the causes that can lead to loose bolts are:

Under tightening, the word itself implies that the bolt is weak and doesn’t have enough clamping force to hold them together. Due to this the sections tends to slip away from each other thus creating unwanted shear stress which could eventually lead to breakage.

The transverse movements caused due to vibrations can make the two sections of the joint move against each other. This repeated movement starts working against the friction between the bolt and joint threads. Eventually, the bolt tends to unwind itself from the mating threads caused due to the vibrations.

There is a break-in-period for every bolt, which allows bolting tightness to relax to a certain degree. This is caused by the micro-embedding of the bolt head or nut into the joint surface and can occur with both soft and hard metals. If the joint has not been designed properly or the required tension on the bolt is not achieved, then the embedment of the joint can lead to a loss of clamp force.

Self loosening of the nuts and bolt are very crucial as these are done unintentionally. But selecting the right fastener like the Coilok fastener can come as a great relief for you. They can significantly reduce the risk while being simple and cost-effective at the same time.

How to Avoid Common Moving Blunders

In The Construction Industry – Renting Machinery Is The Best Option.

Look for tools to create online resumes like the one offered by resumebuild.com

Tips for Hosting a Dinner Party

In The Construction Industry – Renting Machinery Is The…

Things to Do Before Becoming a Real Estate Agent